Following the breakdown of what would have been the industry’s biggest merger, M&A advisor SI Partners offers expert comment on the collapse

SI Partners suggests a consolidation of the marcom and technology arenas would be of greater interest to creative talent and clients.

SI Partners Senior Partner, Charles Fallon, comments: “With a merger of this scale and complexity it is no surprise that the time-frame and human element have pressured the transaction.” The rationale of merging to compete more successfully and counter the consolidation of media owners stands up, but perhaps the scale of the merger was not fully appreciated? Negotiations of this scale are never simple and true mergers are rare. Talks began last July and nearly a year on with no clear road ahead it is possible that the pressure from clients and staff was in danger of damaging both businesses. However big the tax, central cost and media consolidation savings, overcoming the cultural and personal issues was always going to be an obstacle in this case.

“It is a brave decision to walk away” says Fallon. It is hard to admit that a deal has met insurmountable obstacles. A decision to walk away from a deal that no longer gives the opportunity for both human and capital development of the businesses involved is to be commended.

M&A negotiations are built around shareholder return. What many deals fail to fully consider is the tremendous opportunity for creativity and talent development that can be created through consolidation. Fallon comments: “The collapse of this deal, branded “a merger of equals,” serves as a reminder that the industry is all about people – the motivation of talent and ability to create and inspire clients and consumers alike.” Publicis and Omnicom’s talent will have been disrupted by the talks and the rumoured infighting will have lasting effect. “The breakdown of the deal will arguably lead to relief and disillusion in equal measure. The businesses’ truly talented people will almost certainly be assessing the future,” Fallon suggests. A question mark may also hang over the firms’ future with some clients, as many will have been unsettled by a proposed deal not focused on the client benefits.

Fallon predicts that “The future will likely hold increased competition between the groups as they compete to recruit, invest in or acquire talent. The adoption of alternative strategies to attract talent who don’t want to sell out is to also be expected.” The announcement of Hakuhodo’s acquisition of Red Peak and SY to create Kyu is an example of this behaviour.

The dissolved talks also have wider ramifications for the industry (aside from delighting WPP). M&A activity can be expected to continue as both Omnicom and Publicis will need to grow by acquisition and new buyers will seek to compete with the establishment. Further deals could also emerge as the marcom giants focus more and more on digital activities and divest of all non-core services.

What the industry should be focused on is the disruptive force technology continues to bring to the market. Fallon adds; “The marcom industry may need to pay even more attention to the innovation that clients are increasingly buying from technology companies - rather than competing with each other.” A consolidation of the marcom and technology arenas would be of greater interest to creative talent and clients. The first companies to make deals in this direction have the potential to create significantly greater impact than the merger or non-merger of two marcom groups.

What you need to know if you're thinking of selling 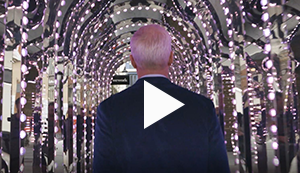